Let me start with an initial explanation of what amino acids are.

Amino acids are organic molecules that are made up of carbon (C), hydrogen (H), oxygen (O) and nitrogen (N) , [methionine and cystine also contain sulfur (S)].

20 amino acids have been identified as protein builders and more than 250 non-protein amino acids have also been found in plants with physiological, metabolic and functional functions , making amino acids essential for the proper development of plants. 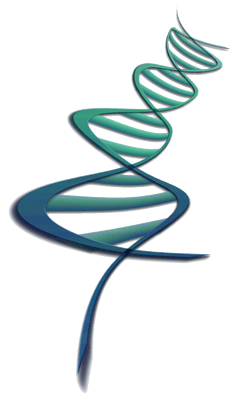 Plants need to use a lot of energy to make proteins , which are made up of amino acids. In cases of stress or low growth, the applications of amino acids will increase plant metabolism , that is, plants will use the energy they obtain from photosynthesis in their growth, since we are providing them with the amino acids they need to form proteins and they do not have to manufacture them, optimizing and taking advantage of this energy in their growth.

In this case, we are only concerned with amino acids with an L configuration , which are the only ones that plants are capable of absorbing and assimilating.

In the market you can find various products with amino acids of different origins: animal, synthetic or vegetable. Most commercial products with amino acids contain amino acids of synthetic or animal origin, as these are the most economical for fertilizer manufacturers. However, the best amino acids to apply in plants are undoubtedly those of plant origin . The amino acids of plant origin come from the extraction of plants rich in proteins, such as soybeans, and which are extracted through hydrolysis processes or through natural fermentation processes . Since they are amino acids that come from plants, they are able to recognize them better and faster since they have the same origin and in this way they are absorbed and assimilated more efficiently .

To correctly choose a product with adequate amino acids and of good quality for our plants,

we have to look at the labeling and its description . For this, we will look in the labeling that the description of the amino acids comes as " Free Amino Acids " and we must avoid products that declare only total amino acids, because we CANNOT know if there are free amino acids that belong to the L configuration that are assimilable by plants .

In summary, we have to look at 2 fundamental things when purchasing a product with amino acids on the market: 1- that the manufacturer indicates on the label that the amino acids are in free form (L) and 2- that they are 100% plant-based . On the other hand, the content is also important, because with a greater richness of amino acids we can reduce the application dose compared to products that are less concentrated.

It should be noted that most of the amino acids that come from the extraction of soybeans are mostly from crops of genetically modified varieties (Genetically Modified Organisms, GMOs). These GMO soybean varieties cultivated for subsequent extraction of their amino acids are plants whose genetic material has been transformed through genetic engineering techniques (in plant genetics laboratories), by inserting genes from other species such as bacteria. An example of a variety of transgenic soybeans is "soybean 40-3-2" , to which a gene for resistance to glyphosate (herbicide) that comes from a bacterium of the genus " Agrobacterium ", which are bacteria that normally they are found in soils .

In the YUKHA range of products, the amino acids they contain are 100% vegetable in origin , and always under their L configuration (free and assimilable) , which are what plants are really capable of assimilating. Furthermore, our amino acids are obtained from plants that have not been genetically modified, as they come from local ancestral crops and are obtained using traditional fermentation techniques from Indian Ayurveda .

Using the YUKHA range of products is an absolute guarantee NOT to use products that come from Genetically Modified Organisms ( GMOs ) .

What are amino acids?