As we have already mentioned in previous blogs, nutritional elements are divided into 3 groups :

Although secondary elements have this name, it is not because they are less important than macronutrients, they are just as important, the only thing is that plants need them in less quantity for their development , but a deficiency of these elements can cause physiopathies (diseases) in plants due to their imbalance .

We are going to talk about what are the main functions of these elements in plants:

As you have seen in the description of the functions of the secondary elements in plants, we are talking about a large list and to exemplify some of them we are going to give some details of these:

For Calcium deficiencies, in tomato cultivation. This deficiency appears as a black spot at the base of tomatoes, commonly known as “Peseta”, “Culillo”, “Tapa”, “Narrowed” or “ Blossom end rot ” and technically named as “ Blossom end rot ”. Also, a lack of calcium causes cracking of the fruits if there is a sudden change or a drop in temperatures, combined with the lack of water.

Regarding Magnesium deficiencies, they are visible on the leaves of the plants, generally presenting interveinal chlorosis (yellowing) and reddish spots on the old leaves. As we have explained previously, Magnesium is part of chlorophyll, so a deficiency in this element will reduce the efficiency of photosynthesis in plants.

In addition, on the other hand, Sulfur today has a fundamental role in agriculture to combat diseases , whether applied through products based on contact (sulfur in dusting) or applied through systemic products (they make the product circulate inside the plant). By applying Sulfur, it has been shown to act preventively (before the disease appears) and curatively (once the disease has already appeared) efficiently against fungal diseases . For example, in lettuce crops it is very common for Sclerotinia or Botrytis (fungal diseases) to appear, which spread rapidly through the crop. It has been shown that applying systemic sulfur from the beginning of the crop as a preventive means, drastically reduces and even eliminates the incidence of these diseases, especially if this disease has previously appeared in that growing area and the soil has not been disinfected.

As for Silicon , there are mostly no deficiencies associated with this specific element , its contribution to the subscriber program will improve the absorption of the other nutritional elements , avoiding their deficiencies.

Having a plant in good balance is the key to an optimal assimilation of the secondary elements.

The balance of the plant is the most important factor to take into account. The secondary elements may be very available to the plant, but it is its balance that will determine its ability to assimilate them. 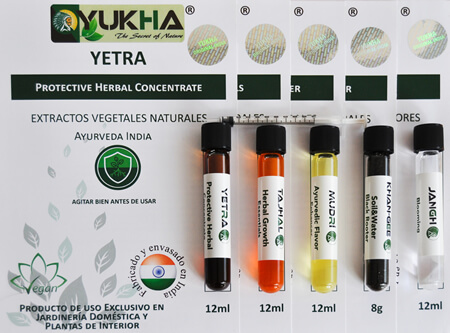 YUKHA's C. Ayurveda Pack has a very important impact on the absorption of nutrients by plants, since its application helps both plants and soils or substrates to be well balanced, improving according to the ancestral principle of the VRIKSHAYURVEDA of the balance between plant-soil-water-air .

We advise you to apply the 5 products of the C. Ayurveda Pack combined with your usual fertilization program , thus, without breaking your head and without having to do very complicated calculations, you will be able to avoid blocking the nutritional elements in the soil, minimizing deficiencies and physiopathies associated with these.

Like Sulfur, YETRA serves to prevent and fight diseases . It can also be used systemically (applied in a radicular way so that it circulates throughout the plant) or in foliar application for contact treatments (it also has a systemic effect but this application is more aimed at treating the aerial parts of the plants). It should be mentioned that sulfur is no longer considered an ecological treatment, but YETRA, being a product formulated solely and exclusively with purified essential oils combined with plant extracts, is 100% respectful with the environment and harmless to human and animal health . As an example, one of the most common root diseases in cannabis cultivation is Fusarium, a filamentous fungus through which a large number of plants can be lost. With YETRA irrigation applications it is possible to prevent the appearance of this fungus and even cure it (eradicate it) once it has already appeared in the neck of the plants, as long as the infection is in the initial stages of infection. 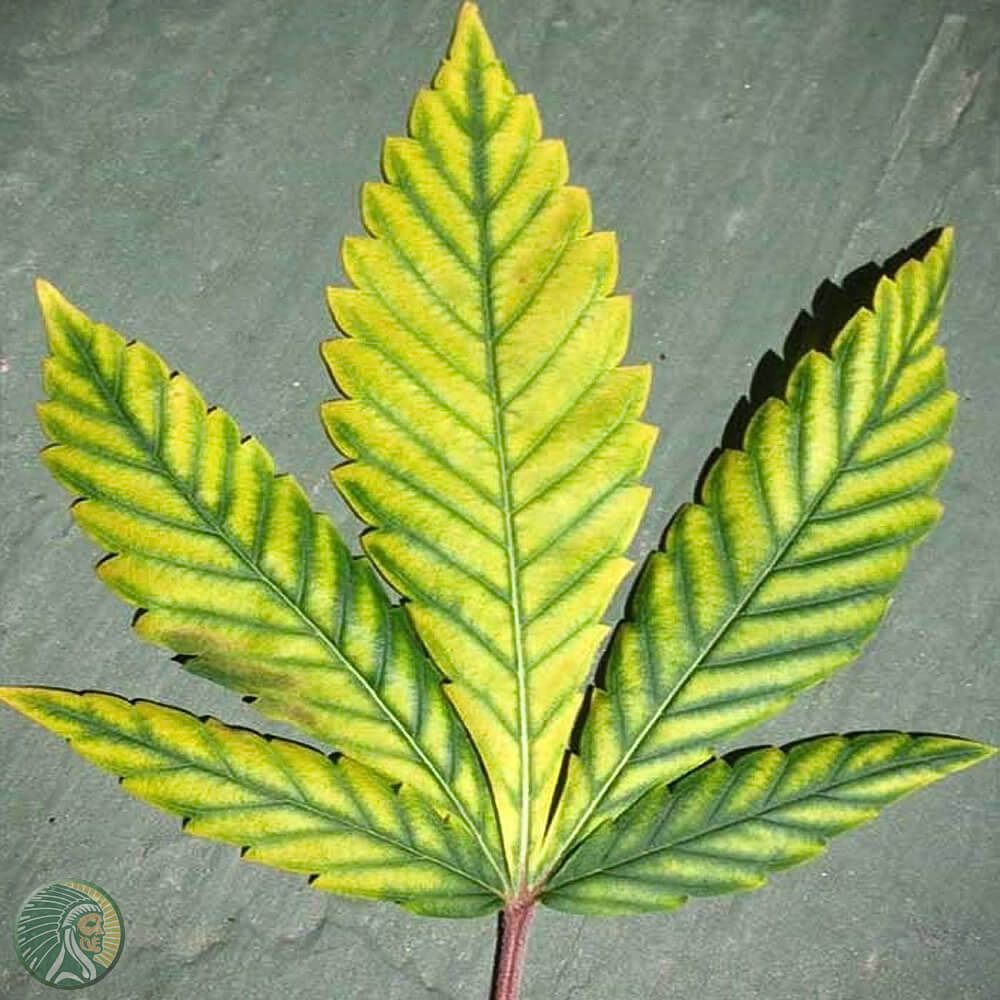 Plants in excellent health thanks to the YUKHA Ayurveda Pack